Take one: this years MLB trade deadline was one for the ages. https://www.google.com/amp/s/www.sportingnews.com/us/amp/mlb/news/mlb-trades-news-rumors-trade-deadline-yankees-braves-dodgers/zpm9eicioqzl1l0r90ftoio3a

A whopping 10 trades were finalized today before the deadline. These included such players as Jonathan Schoop, Adam Duval, Tommy Pham, Wilson Ramos, and of course Chris Archer! Today was fantastic and all this came after the biggest name Manny Machado was dealt right after the All Star game. Hell, the Moose Mike Moustakas was traded too! I’ve already wrote it but deadline 2018 was one to remember!

Take two: NFL training camps opened and that means we’re only about 6 weeks away from Fantasy football and tons of bets! Start doing your research as drafts are under way 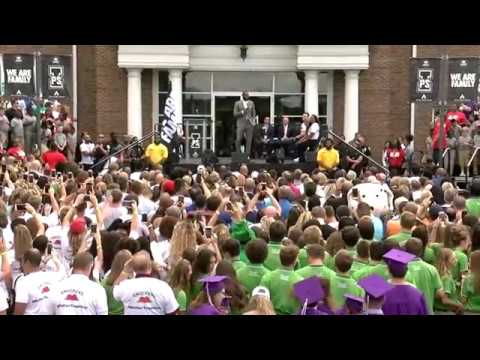 Final take: Lebron James opened up his I Promise school Monday. I have been a critic of his in the past. Here I can only applaud him for using his platform for good. I hope other athletes see how influential they can be. Dont just use your voice, use your abilities and resources to better society.

View all posts by everydayfanstake